About a year ago – black Friday 2018 I bought an Aerogarden Harvest at a good price – couldn’t resist another one.

I grew the Herb kit that came with the unit – very successful it was.

But I kept coming back to wanting to use it as an Aerogarden.

Ad
4th of July sale is here! Get your Smart Garden with up to 20% off while the offer lasts.

With the seed pods.

Ok so you can get the replacement sponges from Aerogarden.

The Canadian spagnum peat in a sponge, but I don’t like using peat – it is a resource that has soaked up tons of carbon dioxide and traps it – by digging it up we then release it back into the atmosphere, the earth has trapped it for a reason !

All the peat that is used in one year in Britain is equivalent to half a million tonnes of CO2 – comparable to adding 100,000 cars onto the roads.

So what else is there – it needs to be stable, well draining, compact.

There are other sponges on the market, but again they are made of peat.

One I looked at was the (#ad) rapid rooter – but this stayed too wet and the seeds rotted before they grew with the timing cycle of the Aerogarden.

I have come across rock wool, while not ideal it does have a lot of properties that are good.

It is made by heating chalk and rock to about 3000F and blowing air across it – it then forms masses of very thin strands and is cut into the shapes you buy.

I use the 1″ starter cubes.

Make sure you wash them before using them to get rid of the dust and loose fibres. Make sure you don’t crush them when washing them – a wuick rinse under running water will be good.

Always try to use them when wet rather than dry – it is claimed that the dust is not good for you to breathe.

Another media I will experiment with in the future is the recycled roof insulation.

This media is made from recycled plastic bottles and is an open weave material which does not support mold growth.

This material doesn’t degrade over time – the only problem i can forsee is reusing it- getting rid of old root mass, but i will try it and report back on my findings – I have found that there is an enzyme wash which can be used to remove dead roots, so I will try to get some of this and try it.

Replacing the rooting plugs to plant your seeds in.

Using the 1″ square rockwool cubes they will push down into the seed pod holders and be soaked when the pump runs.

To add Â seed, poke a small hole with the tip of a pencil to allow a couple of seeds to drop in and close the hole.

You may need to construct a cover as in the original Aerogarden as I have suffered with algae on the top of the rockwool competing with the seed for growth using the nutrient rich water.

I have found that a (#ad) business card cut in half makes an ideal cover for the seed pods.

Fold it in quarters.

Cut 5mm off the diagonal corner which will be the middle.

Make a mark 11mm away from the middle corner on each edge.

Cut diagonally across – so you will end up with an 8 sided circle.

Open it out halfway and at the top of the v cut cut it 10mm towards the outer with a straight cut.

Open the card out fully and fold in half the other way and in the v cut 10mm towards the outer.

Open it out and it will now fit over the top of the seed pod – allowing the seed to get light, but stopping the rest of the rockwool seeing the light- reducing the chance of algae.

Ok so what happens if the plastic holder cannot be recovered or has broken with the root mass.

Aerogarden do create replacements and every seed kit does have them in.

But this post is about creating replacements …so this is what we will do.

These replacements also offer a few different media choices as well, so we will discuss them at the end.

But the broken holderâ€¦how are we going to replace that.

The way I do this makes it compatible with both the original and the new Aerogardens.

The original Aerogardens had shorter clear two piece holders, while the later one have white long holders.

So cutting down one side of the pot with a pair of scissors and across the bottom to the other side will allow you to start the forming process.

I tend to cut across the bottom at right angles to the first cut – so the base is quartered.

You can now twist the pot so that it will fit into the hole of the aerogarden.

Remember that the plastic dome needs to go over the top while the seed is germinating as a mini green house – so the top lip of the pot needs to be sunk to the top of the grow table.

Use your scissors to cut into the overlap at the top and then remove the pot from the Aerogarden.

Continue removing the section from the pot – going across the bottom as well as down the side.

And you are there – simple wasn’t it.

All you need to do now is to pull the two sides together and pop it back in – this time there will be no overlap and the springiness will make it secure within the hole.

Now pop in a rockwool cube, poke a hole in the top – drop a couple of seeds into it- make the cover and stand back and smile.

See also  How do You Grow Herbs in the Winter

Repeat as necessary to fill the other holes.

Different media you can use

Earlier I was talking about these new baskets opening up new forms of media.

And the one that springs to mind is the (#ad) expanded clay balls.

With this pot now being smaller holes there is less chance of the clay balls falling out.

They retain moisture, don’t allow roots to destroy them – are reusable – what more can you want from a grow media.

The other one is gravel for free draining media with little water storage – any plants which like a free draining soil will do well in this.

As talked about earlier- I will try the plastic insulation in these pots and see how it goes.

Well that’s all for now

I hope that you will be able to make your own seed pods for your Aerogarden and keep growing whichever plants, herbs or flowers you want.

Just remember it does become addictive and you may need more than one Aerogarden. 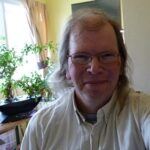 2 thoughts on “How to Make Your Own Aerogarden Seed Pods”